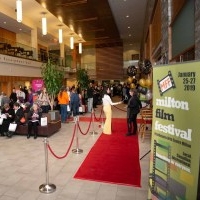 A world of film will be coming to Milton once again for the seventh annual Milton Film Festival at the FirstOntarioArts Centre Milton (formerly the Milton Centre for the Arts).

Escape the cold and enjoy some amazing local, Canadian as well as international films come to the Mattamy Theatre. The Milton Film Festival saves you the travel of going to the city for a big festival as it features films from TIFF and other major festivals.

There are 8 critically acclaimed feature films from Canada and around the world as well as a selection of short films by local and regional film makers.

There is sure to be something for everyone at this spectacular festival.